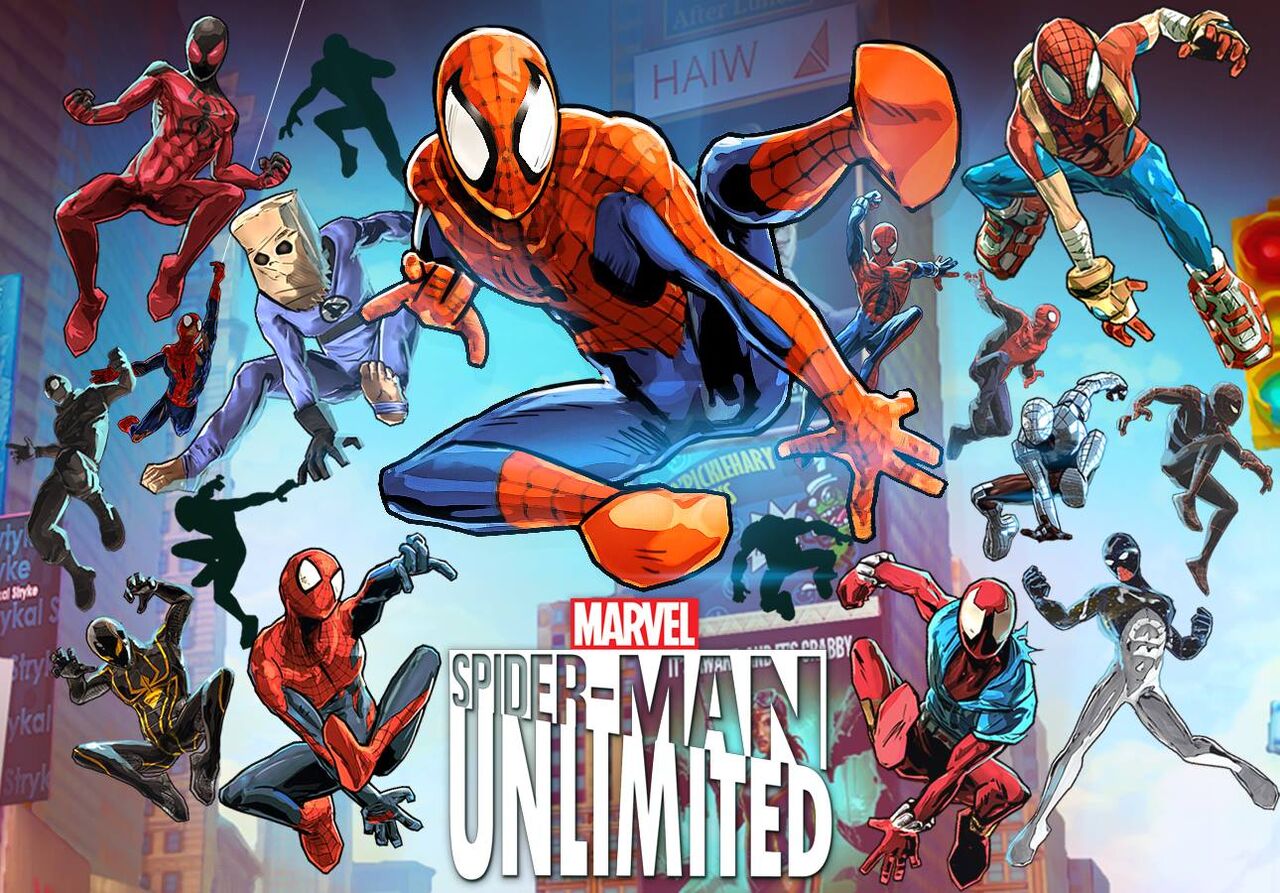 What's on your mind?

I'm not talking about "The Destiny of Thanos", i'm talking about a event, who could let the users recollect the Infinite Pieces from a Random Spider and Release him or her...

1.- For the first, there will be " 1 Infinite Portal #4" a Random Infinite Spidey but will all pieces, only for unlock... when you claim your reward

2.- For the Second to Six position, there will be 500 pieces of a random infinite spidey and " 1 Infinite Portal #3"

This is the place to talk about your favorite topic, to share news, theories, ideas, and to connect with others. The content from your Forum has been converted to Discussions posts, so nothing has been lost.

To learn more about what you can do here, check out community.wikia.com/wiki/Help:Discussions

If you're an admin on this community, read more about how you can customize your Discussions and set up guidelines for contributors: community.wikia.com/wiki/Help:Admin_and_Moderator_Tools_in_Discussions

The message on my android tablet when i access the game says that  game cannot be played unless i update, but i did.  when u press OK (the only option) is sends me to the google play store,   The app in the store is updated so it says open the game but when i do it goes to the same cant play unless update screen and it kicks me out to the store agai,  its a loop, game to store, store to game and so forth.  can anyone hlep?

Dunno how long it will last but im here til then ;)

(edited by Osnick87)
Hello guys. I can't register on the official forum. I click "submit" but nothing happens. Anyway.. I saw there's a guy collecting pulls and I wanted to give my contribution. Can I do it here?
(edited by Osnick87)

I bet this has been discussed before on the other forum, I just want to make sure. I've made some changes to my daily team and started running with CSW as team leader. My previous leader Ghost had a +1 Attack ability so during boss fights I sometimes chose an enemy over a shield because of the extra combo. I still K.O the boss though. Now with CSW is it still worth it? Are there any extra points to gain from the vials you get?

The last one is hella long to scroll through. And just to confirm with everyone, I will be in the community, if anything stronger than ever because now I can devote most of my effort into the site and help instead kf playing. As it stands now smu is uninstalled and unlikely to reinstall, but I still find joy in helping players and looking into content, so as long as I am able to help ill be around. Interest in the game itself is gone right now.

Glad everyone showed up here during forum downtime tho, and this wiki is linked to my email so anyone can reach me here or my smu facebook page.

I posted episode 3 to wiki homepage, it goes into more detail, but with silk as this events reward and her being in the goblin portal, id place money on her being the 4th buff for the next titan. Its the only reason having her as the prize and removing miles from this event. Anyways you can say you heard it here first!

Did my first real run. Went to after 5th boss and died from lag but ended up at 15.6m, obvious new best and currently 3rd. I actually like captain and have him at 3*. This may be just what I needed for daily gold.

Any forum members check in here with your forum name, I know some isers have different names here. For example Coral J is doge.

Just a test, forum should be a good place to chat

This will involve spoilers and is a place to sound off on upcoming movies, post reviews, ask questions, and gather all comic related material coming to the big or small screen.

So first bit of news from comicbookresources:

Netflix's "Daredevil" series will add another major Marvel vigilante to its ranks in its second season: The Punisher, as played by "The Walking Dead" alum Jon Bernthal.

Here's Marvel Television's official description of The Punisher: "a vigilante who aims to clean up New York City’s Hell’s Kitchen by any means necessary, no matter how lethal the results."

Bernthal played Shane Walsh on the first two seasons of "The Walking Dead," and has appeared on the big screen in "The Wolf of Wall Street" and "Fury." Soon after the announcement, the actor took to Twitter to share his excitement:

"Jon Bernthal brings an unmatched intensity to every role he takes on, with a potent blend of power, motivation and vulnerability that will connect with audiences," Marvel Head of Television Jeph Loeb said in the announcement on Marvel.com. "Castle's appearance will bring dramatic changes to the world of Matt Murdock and nothing will be the same."

Frank Castle/The Punisher was first introduced in 1974's "Amazing Spider-Man" #129, created by Gerry Conway, Ross Andru and John Romita Sr.. A military veteran who lost his family due to mob violence, the character is distinguished from other Marvel crimefighters due to his readiness to use lethal force on criminals -- and the frequency in which he does it.

The second season of "Daredevil" is set to debut in 2016. Charlie Cox and Rosario Dawson will both return, as the title character and Claire Temple, respectively. Doug Petrie and Marco Ramirez, who both worked on the first season, will take over as showrunners from Steven DeKnight.

(edited by A Fandom user)
Guidelines